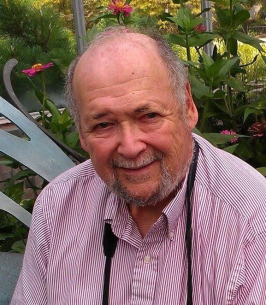 Carl Segal grew up in Philadelphia, with interludes in Florida and New Jersey. He was a proud graduate of Central High School, Temple University School of Pharmacy, and Jefferson Medical College, all pillars of Philadelphia's strong academic tradition. His professional role as a physician and psychiatrist were central to his identity. Medicine was a calling, and he was dedicated, first and foremost, to his patients. Carl served as a Regular Army physician in the U.S. Army Medical Corps, leaving the service as a Lieutenant Colonel. He was later one of the founding physicians of Howard County General Hospital. Carl was also passionate about zoos, animals, and photography. He was a Lifetime Member of the Philadelphia Zoo since the age of 12. Carl loved his wife, Helene, his children, grandchildren and his new great grandchild with a sincere and constant passion and fierceness. He also was loving and devoted to his sisters and their families, and to his many, many long-term friends and colleagues.

Services are private. Please omit flowers. Contributions in his memory may be sent to the charity of your choice in honor of Dr. Segal.