Donations are being accepted for:
Alzheimer's Association of Maryland

Beverly had many hobbies and interests, including politics, her grandchildren, eating out with her friends (especially at the Reisterstown Diner), poodles, going to the senior center, playing mah jongg, finding a great deal, shopping, traveling, New York bus trips, Atlantic City bus trips, Broadway shows, and getting her hair and nails done weekly. Anyone that knew Beverly would say that she was a true workaholic, die hard Republican and loved her Judaism. Her career consisted of working for large companies like Duracell and Gillette to eventually starting her own Pet Supply Business, which she truly loved the most! She also worked for Weight Watchers for over 20 years in a part time capacity. During all this working, she still managed to attend two presidential inaugurations, and held a position on the Republican National Central Committee and was a judge for the Orphan's Court for Governor Hogan. In addition to the RNC, she also devoted time to the Reisterstown Improvement Committee, Baltimore Hebrew Sisterhood, and Reisterstown Senior Center.

Beverly would want to be remembered for being a strong, independent and friendly woman who was able to get through life while being an only child who suffered a great loss at a young age. Both of her parents died before she got married at the age of 25, so in order to live with her grief she buried herself in work. Even Though she was always "working", Beverly made sure that she found time for the joys in life, like enjoying good food (she especially loved eating meat, but it had to be rare or she would not touch it!), spending time with her dear friends, and of course her loving family.

Despite all the time she invested in her other pursuits, the most important thing to Beverly was her family - especially her grandchildren! She was always buying them toys and would take them to the dollar store non-stop. Beverly would go out of her way for anything that her grandchildren ever wanted, even if it meant driving to another state or flying to get it.

Services are private. Please omit flowers. Contributions in her memory may be sent to the Alzheimer's Association of Maryland, 1850 York Road, Suite D, Timonium, MD 21093. The family will be in mourning at 2209 Shaded Brook Drive, Owings Mills, MD 21117. Shiva will be held on Thursday from 4-8pm and Friday from 12-4pm. A virtual shiva service will be held on Thursday, April 22 at 6pm. Please see the "Service Details" section for the link.
Read Less

We encourage you to share your most beloved memories of Beverly Eileen Goldstein here, so that the family and other loved ones can always see it. You can upload cherished photographs, or share your favorite stories, and can even comment on those shared by others.

Posted Apr 23, 2021 at 09:02am
BDE. Beverly was a good neighbor and friend in my neighborhood. May her memory always be a blessing.
Comment Share
Share via:
SH

Posted Apr 22, 2021 at 08:33am
I have not seen Howard for many years but we lived a block apart growing up, he on Fairfax and I on Woodhaven. He was always a gentleman and a nice person.
Rest in peace BLUEBIRD!
Comment Share
Share via:
RM

Posted Apr 21, 2021 at 10:21pm
DEAR BARBARA AND PAULA AND FAMILY, NORMAN AND I ARE SO SORRY TO HEAR ABOUT YOUR MOMS PASSING. MAY SHE REST IN PEACE.
Comment Share
Share via:
BH

Posted Apr 21, 2021 at 05:54pm
Beverly and I served on the Baltimore County Board of Elections together and we soon learned we had friends in common and were both members of Baltimore Hebrew Congregation. She was a unique woman and I send prayers and blessings to her family and loved ones.
Comment Share
Share via:
RR

Posted Apr 21, 2021 at 05:43pm
Sorry for your loss. I was friends with Beverly in high school. May her memory bring the family some comfort.
Comment Share
Share via:
MH

Posted Apr 21, 2021 at 04:13pm
I am so sorry to hear of the passing of long time Central Committee member, Republican Convention Delegate, Reagan Elector from Maryland and my dear friend Bev.
It was my honor to award her with a lifetime achievement from the Baltimore County Republican Party and have her appointed to the Board of Elections.
In Judaism, and Bev was always happy to let everyone know she was Jewish, we say, "May her memory be a blessing." She has been a kind, funny, smart, take no prisoner and accept no laziness blessing and I know that I am all the better for having known her.
Comment Share
Share via:
EP

Posted Apr 21, 2021 at 10:56am
To the Goldstein Family,
My condolences on the loss of your mother and grandmother, Beverly. She was my neighbor in Timbergrove and was a great neighbor. We shared an interest in politics and knew many of the same people. Although our politics differed, we had many great conversations. I appreciated all of our talks. She had a heart of gold. May her memory be for a blessing.
Comment Share
Share via:
DB

Posted Apr 21, 2021 at 10:43am
A committed volunteer with a heart of gold and a real passion for getting involved in her community and the events that shape it. Rest In Peace.
Comment Share
Share via:
AB

Posted Apr 21, 2021 at 10:38am
Phil Schweitzer was my grandfather’s employer and friend. In1953 when I was 5, I remember visiting Phil and Minna’s lovely home with my Grampa. Beverly was a teenager then, yet she was kind and played with me while the grownups were chatting. I remember so well how nice she was. After Grampa died in 1956 our families lost touch. You have my deepest condolences on the loss of the teenager I remember from my distant childhood! May your memories of her be a blessing in your lives!

Posted Apr 21, 2021 at 10:24am
Whatever Beverly was involved with , party politics, Pets, Jewish community or probably her most favorite, the Great Congresswoman Helen Delich Bentley with whom she is surely catching up with and plotting the next campaign, she gave it her all and 200% more than that. A genuinely kind and wonderful woman. Clearly the Committe was a far better place with her. To Paula, Barbara and families, I send my condolences. May she rest in peace! Baruch Dayan Emet
Comment Share
Share via:
JC

Posted Apr 21, 2021 at 05:55am
We were sorry to hear the loss of your beloved mother. We have very fond memories of her. She was an amazing woman May her memory be a blessing
Comment Share
Share via:
CL

Posted Apr 20, 2021 at 10:47pm
To Paula and Barbara, So very sorry to hear of Beverly 's passing. I am one of the ladies that would go out to dinner every week . ,then she talked Brenda and me to become election judges. That was an experience, but we all had fun when we were together. She will be missed by all, and again so sorry for your loss.
Comment Share
Share via:
PH

Baltimore Hebrew Congregation clergy, lay leaders and members offer their condolences to the family of Beverly Goldstein.  We hope that you are comforted by warm memories and support of family, friends and community.
May her memory be forever a blessing.
Comment Share
Share via:
BL

Posted Apr 20, 2021 at 07:12pm
To Paula, Barbara, family and friends, it saddens me to hear Bev has left us. I met her at the Reisterstown Senior Center. We both were late for the lunch that day and couldn't get in. Bev said we should go somewhere and get a bite to eat and we became friends forever. We started eating out once a week with 5 other ladies. She called us 'the girls'. Bev also got us involved in becoming election judges. I have so many memories of her and the things we did together that I will cherish. I will truly miss her. May she rest in peace.
Comment Share
Share via:
MS

Posted Apr 20, 2021 at 07:09pm
Dear Paula and Barbara, so sorry to hear this sad news. We are thinking of you and sending our heartfelt condolences. May the wonderful memories of all the good times you had together get you through this difficult time. ❤️
Comment Share
Share via:
BK

Posted Apr 20, 2021 at 06:58pm
We had many wonderful days with Mom and Dad. My husband Joe and your dad were long time besties. In fact your parents got married the day after Joe and I did so that we could be at each others ceremony.
Comment Share
Share via:
TM

Posted Apr 20, 2021 at 05:28pm
The FPHS Class of June'56 is saddened to learn of the loss of our classmate Beverly. We send our heartfelt condolences to all the family. May her name be for a blessing, and the memories of Beverly be forever in your hearts.
Comment Share
Share via:
SS

Bev was my former neighbor when I lived on Kennington Rd. I would sometimes walk over to her condo to chat with her, she was so nice and friendly. She will be missed. My deepest sympathy to you and your family.
Comment Share
Share via:
JS

Posted Apr 20, 2021 at 01:39pm
Barbara, Paula and Family--
So sorry about your mom. Take this time to remember all the good times. May her memory be a blessing.
Comment Share
Share via:
L

Posted Apr 20, 2021 at 01:27pm
Barbara, Paula and family,
I am so sorry for the loss of your mom. Always remember the good memories.
The Mindel's
Comment Share
Share via: 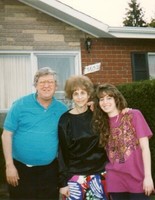 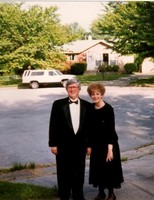 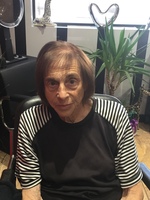