Fred had many loves in his life: The Masonic Lodge, in which he became a 3rd Degree Master Mason, a 32 Degree Scottish Rite Mason, and served as Chaplain; his many years dedicated to growing and advocating for the sport of Table Tennis, running a USATT Club in Pikesville and mentoring scores of young, up-and-coming players; his Jewish heritage and the State of Israel. But for Fred, his greatest loves were his family: His wife and life partner of 66 years, Fran, to whom he was utterly devoted, particularly in her more challenging, final years; his brother Ted Tepper who possessed a similar, often cringe-worthy sense of humor; his children Cindy and Daniel Weiner, his grandchildren Julia and Benjamin Weiner, and his children Eileen and Bill Smyth, and grandson Nick Ziegler. Perhaps the role that gave him the most joy was to be their “Zaydie,” dispensing wisdom, jokes, and unqualified love to all who crossed his path. He will be deeply missed, forever loved, and always remembered.

We encourage you to share your most beloved memories of Fred here, so that the family and other loved ones can always see it. You can upload cherished photographs, or share your favorite stories, and can even comment on those shared by others.

To Cindy and Family,

I treasure the memory of Fred, of blessed memory, who was a true treasure in many ways. For the JEA Fellowship UPDATES newsletter, he supplied so many meaningful messages concerning religion, history, and you-name-it. As co-editor of the newsletter, I delighted in the material he referenced so that JEA Alumni could be enlightened. I am saddened at his passing but grateful for having known him. Thank you, Cindy, for your call.
Comment Share
Share via:
RB

Posted Apr 08, 2021 at 05:16pm
I was very saddened to hear of Brother Freds passing. My deepest condolences to the family. I will miss seeing him in lodge. I attached a few photos I took over the years. 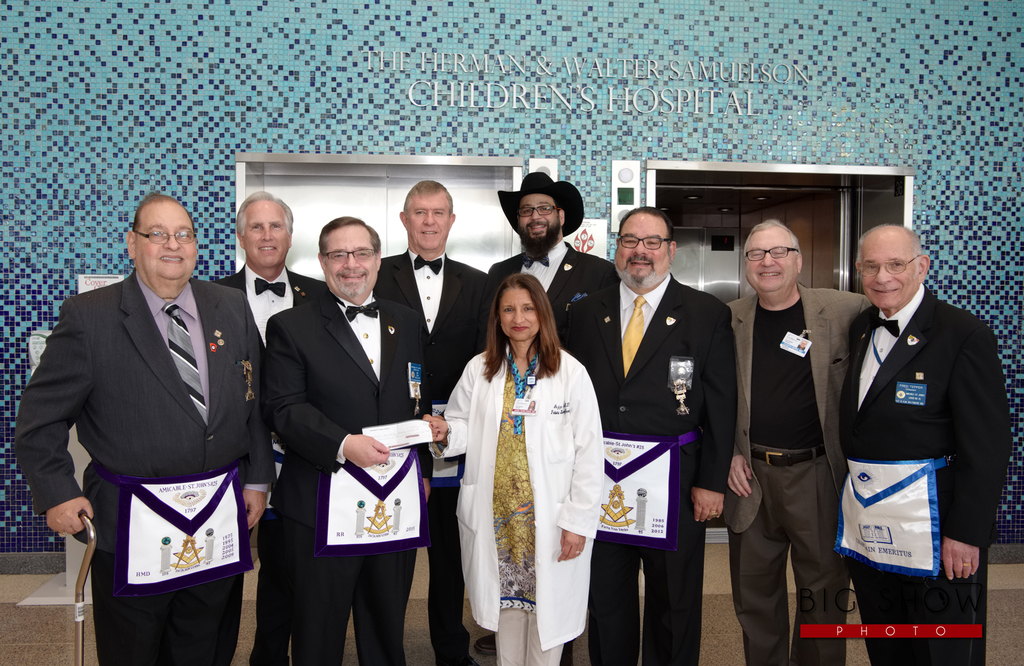 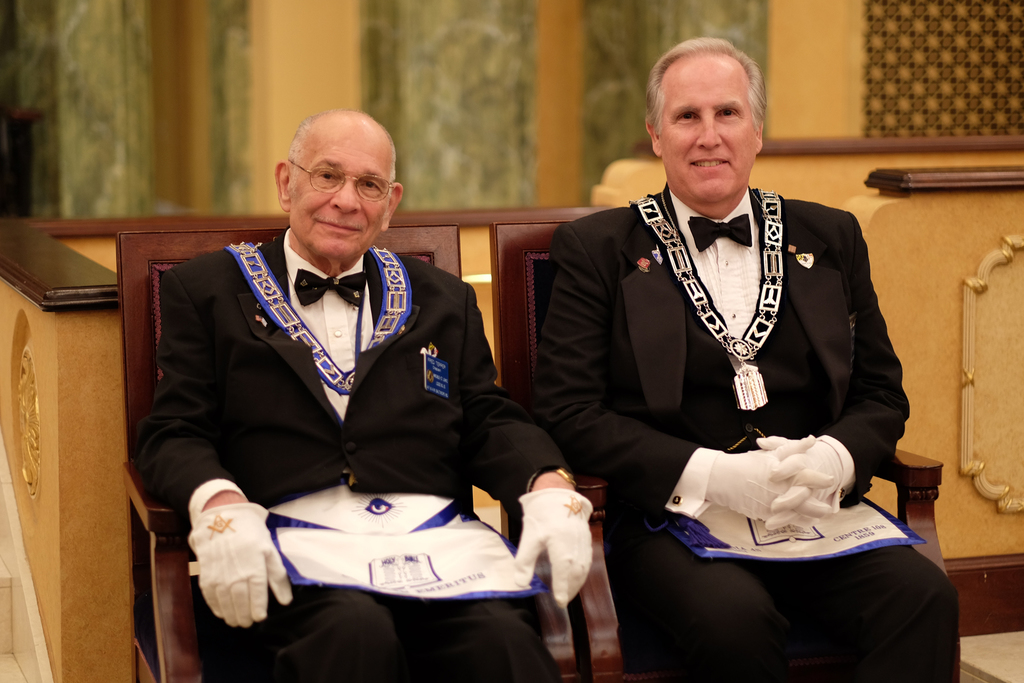 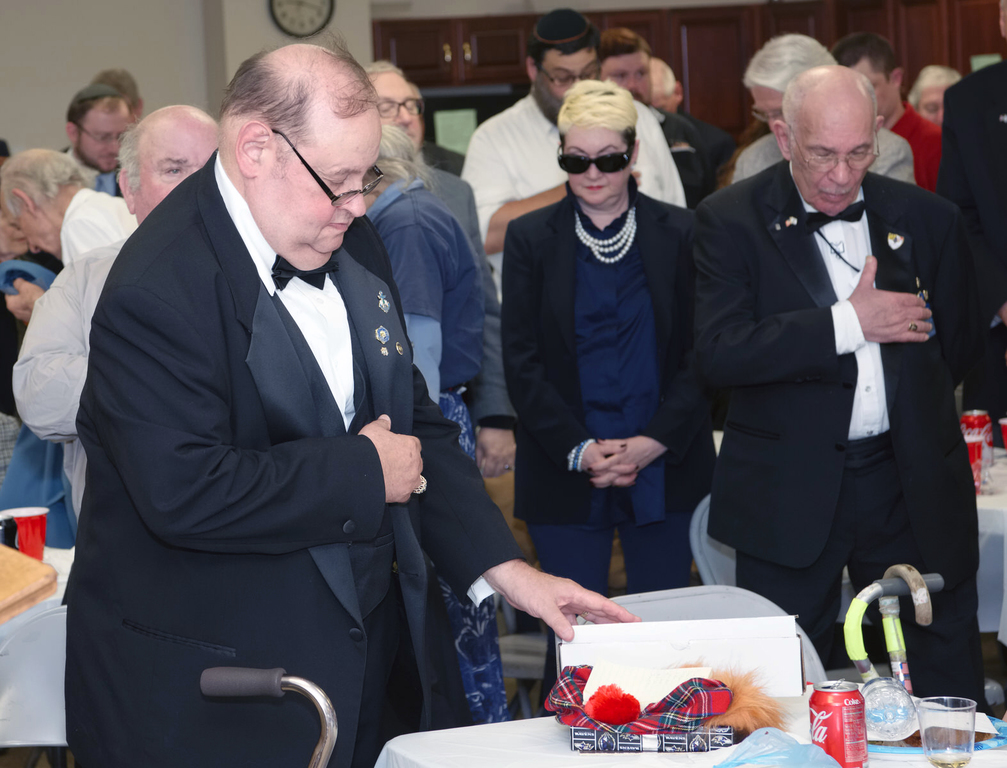 Posted Apr 07, 2021 at 03:26pm
To Cindy and Dan and family and Ted,
I have so many fond memories of Fred and Ted (Teddy), Phil, Bessie, even Sharp Street. My deep condolences go out to all of you. With Love, Naomi
Comment Share
Share via:
ML

Posted Apr 07, 2021 at 12:07pm
Dear Cindy, Danny and family,
We are so sorry to learn of Fred's passing. He was such a wonderful, kind and caring man and I have such fond memories of him and your mom at Oheb Shalom. May Fred's memory be a blessing to all who knew and loved him. We are thinking of you with love.
Comment Share
Share via:
SC

Posted Apr 07, 2021 at 11:46am
Brother Fred was a true gentleman/mensch and always had a genuine quality that was contagious to all he met. Fred was my sponsor in the Masonic Lodge. He made a impact in many lives, including mine.
Rest in peace my friend.
Comment Share
Share via:
MG

Posted Apr 07, 2021 at 10:33am
Fred was an independent resident of the Masonic Home while his dear wife, Fran, resided in the long-term care unit. Every evening Fred ate a late dinner so that he could spend time with his beloved Fran. He came to Fran’s dining room and engaged her in conversation while assisting with her meal. My mom had the opportunity to share a table with them. That’s how I first came to know Fred. He was a devoted husband and friend. Fred loved his family!!!!! What a mensch. May his memory be a blessing to his family and many friends.
Comment Share
Share via:
JD

Posted Apr 07, 2021 at 07:37am
Many years ago Fred and I worked together for Department of the Environment. He was always a gentleman, and it was fun to be in his presence. He always had a great joke to tell. I am sorry for your loss. May his memory be a blessing.
Comment Share
Share via:
LR

Posted Apr 06, 2021 at 10:58pm
My dear Cindy and Danny,
My deepest sympathy on the loss of your beloved Father and Grandfather...
He loved and adored you and your family. Treasure your special memories.
Sending love,
Lois
Comment Share
Share via:
MK

Posted Apr 06, 2021 at 07:48pm
Dear Tepper Family, So sorry for your loss. Fred was an amazing mensch. I had the privilege of working with him to secure EPA/State grants for Baltimore City DPW/Waste water. He was always competent, helpful, and kind. May his memory be a blessing.
Comment Share
Share via:
AC

Posted Apr 06, 2021 at 06:14pm
We are saddened to hear of Fred's passing. I have known Fred for over 60 years as a member of the Century Club at the JEA. He was a very good friend to everyone. He will be missed by all he knew. May he rest in peace
Comment Share
Share via:
BA

Posted Apr 06, 2021 at 03:52pm
To all who mourn for
Fred Tepper
the Officers and Board of the
Baltimore City College Alumni Association
extend their condolences.
Comment Share
Share via:
HH

Posted Apr 06, 2021 at 01:47pm
You don't know me, but when my father, Jacob Albert, died, Mr. Tepper wrote the most beautiful tribute to him that I received. It made me feel so good. He was a good man. I saw him at Masonic affairs with my father. So sorry to hear about your loss. May your wonderful memories of him be a blessing to your family.
Comment Share
Share via:
SM

Posted Apr 06, 2021 at 12:20pm
Sending love from the Heneson Moskowitz family. May his memory continue to inspire you for the good. Love, Susie and Steve
Comment Share
Share via:
MF

Posted Apr 06, 2021 at 12:06pm
Very sorry to hear of Fred's passing. I was a member of the Old Court table tennis club for several years in my youth. I bought my first real paddle from Fred and still use it to this day. He was always very kind to me and helped show me the ropes of club play.
Comment Share
Share via:
B

Posted Apr 06, 2021 at 11:50am
Dear Tepper family,
We are so very saddened to learn of Fred's passing. We have known him since we were teenagers and although we haven't communicated with each other frequently in recent years we have always felt close to each other. His parents and my (Arthur's) parents came from the same city and were also close family friends. He was a dear and respected gentleman and will be deeply missed by so many who knew him. Please accept our sincerest condolences.

Posted Apr 06, 2021 at 08:34am
Fred became a member of Amicable-St John's Lodge #25 and right after he became a Master Mason was asked by the Worshipful Master Harvey M. Davidoff if he would accept the position of Chaplain. He did and he forever changed the role as Chaplain. Fred took it upon himself to visit, call or email brothers who were ill or reach out to families of a brother who had passed. He would offer to comfort the family, assist in performing the Masonic Funeral Services and quite often have a story or tell a cute joke to relieve the stress of all and bring a smile to their face. Fred change the prayers that we opened and closed our meetings to be more personal and relevant to the events of the day. In 2012 I became the Worshipful Master for the 3rd time and because of Fred Tepper, it was a year I will never forget. In this fraternity, we have structure and rituals that bind us of Brothers. All that went out the window with Fred, our annual memorial services for the families that lost their loved one were brought back to Lodge on the 3rd Thursday of December to see a truly personal memorial service complete with taps played at the end with the only sound heard was the bugle and a sob. He cared so much for the brothers and their families that he became part of their family. Fred was an Army man that understood the chain of command, that did not mean he would do it as Chaplain. His job, the mission, the reason of his being was to be a Master Mason, A Brother, and Chaplain of ASJ#25. In the years that followed Fred and Fran became guests at Bonnie Blink Masonic Homes. His attention and attentiveness to her were one of pure love and devotion. When Fran passed the role of Chaplain took on a major part of Fred's life. Being the military man that he was he chose an assistant to help him, what that Brother did not know was he was being groomed to take over the position. Eventually, it happened, Fred just got to the point he could not do all he wanted and asked if he could step down. Well, he was allowed to do that but he was given the title with a masonic apron of Chaplain Emeritus. Something that had never been done in the 200 plus years of our lodge. He will be so missed.
Comment Share
Share via:
JS

Posted Apr 06, 2021 at 06:50am
Cindy, RabDan, and family, please accept my condolences on the passing of your beloved father and grandfather. May his memory be a blessing to you always.
Comment Share
Share via:
FH

Posted Apr 05, 2021 at 10:16pm
Cindy, Daniel and family,
So sorry to hear about Fred’a death. May you be comforted by wonderful memories.
Comment Share
Share via:
M2

Posted Apr 05, 2021 at 03:30pm
How many times had Fred been the first one to post our lodge's condolences on this website to the many family, friends and brothers we have lost over the years. He was the first one to stretch forth his hand and offer heartfelt concern to families at their time of loss. Our lodge has lost a great Pillar and an exemplification of what a good man should be. He was so kind, caring and generous of his compassion. From the first time we met, to years later when the last time we spoke, he never was anything but a gentleman. I will miss him. He is another soul I will look forward to seeing when my time arrives. Many times we had said this standing next to each other and now I say it for my Friend and Brother - Fred Tepper. "Rest to his ashes, peace to his soul".
Comment Share
Share via:
JA 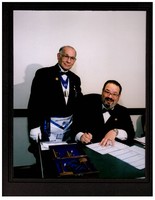 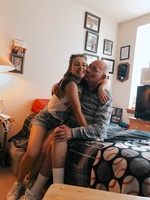 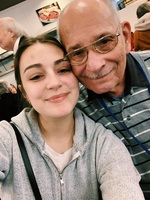