Donations are being accepted for:
Hebrew Home of Greater Washington

Ida was born, raised, and lived her entire life in the Baltimore area. She graduated in 1942 from Western High School where she played sports, lettering in volleyball. She and her late husband Irving were active in local bowling leagues for many years. They loved to travel, taking trips to New York City, the Catskills, Alaska, Boston, Florida, London, Aruba, and Israel.

Ida worked for several accounting firms throughout her career. She was a founding member for over 60 years of Beth Israel Congregation where she served as an officer, Board member, and, later, as a volunteer in the office. She was predeceased by her beloved husband of 48 years, Irving G. Lubich, her parents, Eli and Goldie (nee Silver) Levin, and her siblings, Jeannette (Emanuel) Puretz, Meyer (Anne) Levin, and Leonard Levin.
The Funeral Service for Ida will be on Friday, March 26 at 2pm at Sol Levinson & Bros. Due to the Passover holiday, there will be no Shiva.

In lieu of flowers, her family asks that donations in Ida’s memory be made either to the Hebrew Home of Greater Washington, 6121 Montrose Road, Rockville, MD 20852 or to the Sodden Memorial Fund at Beth Israel Congregation, (www.bethisrael-om.org), 3706 Crondall Lane, Owings Mills, MD 21117. May her memory be for a blessing.
Read Less

We encourage you to share your most beloved memories of Ida H. Lubich here, so that the family and other loved ones can always see it. You can upload cherished photographs, or share your favorite stories, and can even comment on those shared by others.

Posted Mar 26, 2021 at 01:40pm
Ida (and Irv before he passed) welcomed me into their family even though I am Barbara's sister (Bruce's wife). We always had a lot of fun at family gatherings and inevitably Ida and I would be laughing about something. I had a chance to visit her on occasion at The Atrium and later at the Hebrew Home as it's not far from us. We'd spend time attending Saturday service with her there or just chatting. I'm glad we were able to spend time with her before the pandemic. We will miss her and her smile dearly.

Posted Mar 26, 2021 at 12:07pm
Dear Elyse and Bruce and Family.
Your Mom was a part of our lives for 60+ years. I gave Leslie her engagement ring in your Mom's kitchen in a cake. We saw your Mom every year at Beth Israel during the high holidays. We saw her all the time at the Atrium. Leslie last saw your Mom right before the virus. She was lovely and kind person and will be missed.
Comment Share
Share via:
R

Posted Mar 26, 2021 at 10:34am
Dear family,
I have fond memories of your mom and dad. They were lovely folks.
Fondly, Roz
Comment Share
Share via:
AS

Posted Mar 26, 2021 at 05:10am
Elyse, Bruce and Family,
I am so sorry for your loss. Your Mom was a lovely lady. She and my Mom were friends years age, and then in later years she was friends with my Mother In Law. She always talked about her children and grandchildren. I hope your memories help you at this time.
Arlene Brown Stein
Comment Share
Share via:
RS

Posted Mar 26, 2021 at 01:02am
Dear family of Ida Lubich
We have been members of Beth Israel since the early 70’s and had the pleasure of knowing Ida for many years. She was instrumental in our warm feelings of our synagogue. We are sorry that we lost touch in recent years but know that she will be missed by all. Please accept our sincere condolences.
Francine and Richard Shure

Posted Mar 25, 2021 at 10:49pm
Bruce and Elyse,
I hope you remember me. My late parents, Edward and Phyllis Goldberg were good friends of your parents which go back many years ago. I do remember your mother fondly during my childhood and adulthood. Although I have not seen your mother for many years, I always have many good memories of her and your father. I’m so sorry for your loss. Cherish the memories of your mother in your heart. May G-d comfort you and other mourners of Zion and Jerusalem.
Comment Share
Share via:
SR

Posted Mar 25, 2021 at 06:25pm
Bruce, Elyse and family,
I knew Ida (and Irv) my entire life. She was always one of my very favorite people in the world. Even as a child, she treated me as an equal, shared herself, her experiences and her wonderful humor with me freely. Ida was always funny and optimistic about the world. She was a very close friend of my parents and aunts and uncles, was part of every major (and minor) family milestone, and contributed her love and attention to us all.
I am so sorry for your loss, and please know that my thoughts are with you all at this difficult time. My husband Ralph and I will truly miss Ida’s kind heart in this world. May her memory be for a blessing always.
Comment Share
Share via:
LH

Posted Mar 25, 2021 at 05:36pm
To Ida's Family:
I knew Ida from Beth Israel. She and I used to talk every Shabbat. We always looked forward to seeing each other. She was the kindest person. May you forever keep beautiful memories in your heart.
Linda Howard
Comment Share
Share via:
M

Posted Mar 25, 2021 at 05:27pm
Bruce and family,
My thoughts are with you at this time. Ida was a lovely lady and I enjoyed playing canasta with her. May her memory be a blessing to you.
Comment Share
Share via:
JT

Posted Mar 25, 2021 at 04:53pm
Elyse and Bruce ,
I can’t remember a time I didn’t know your parents ! Growing up in the hood they were all friends .
Your mom had a wonderful life and I hope in time her smile helps you all feel warm again .
Comment Share
Share via:
MS

Posted Mar 25, 2021 at 04:36pm
To the Lubich Family,
Ida and many of her friends went on a lot of trips with me.
I called her my ''co-chair''---what a delightful lady she was.
Bless your heart, Ida and rest in peace
Comment Share
Share via: 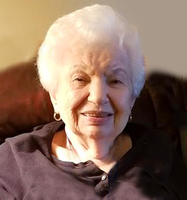 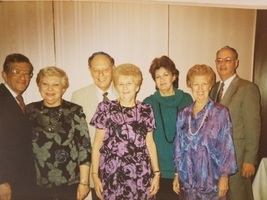 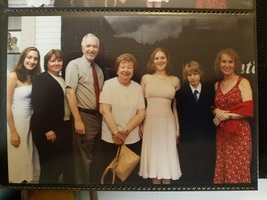 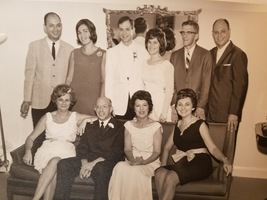