Donations are being accepted for:
Weekend Backpacks For Homeless Kids

Print
On May 19th, Joseph D. Lichtenberg, M.D., of Bethesda, Maryland and formerly of Baltimore, Maryland died at age 95.

Dr. Lichtenberg had a long and extremely productive career as a psychoanalyst and as a prolific contributor to the body of psychoanalytic theory. He wrote numerous books, chapters, and articles on topics as varied as infant research, ego psychology, self psychology, his Motivational Systems Theory, as well as principles of psychoanalytic techniques. He was most proud of his second book, Psychoanalysis and Motivation, published in 1989. Dr. Lichtenberg inspired several generations of mental health professionals through his writing, teaching, and mentoring and maintained a private psychoanalytic practice for 55 years. He also pursued the psychoanalytic understanding of great literature, both in articles he wrote, as well as through an ongoing study group he founded over 50 years ago called the “Creativity Seminar.” Dr. Lichtenberg was known for his generous spirit and for the way he lived his life to the fullest and on his own terms.

He was a graduate of Baltimore City College, Johns Hopkins University, and received a medical degree from the University of Maryland School of Medicine in 1950.

His commitment to serving his country began when he enlisted in the United States Navy in 1943. He served in the Navy for three years during World War ll. During that time, he became a naval officer after attending Midshipmen School at Columbia University. He was then stationed on the Harlan R. Dickson Navy destroyer in the Pacific as the ship’s secretary as well as a naval officer.

He then started a private psychoanalytic practice in Baltimore, as well as consulting for the Supreme Bench of Maryland, where he worked under Manfred Guttmacher in forensic psychiatry. Eventually, he became clinical director of the Sheppard Pratt Psychiatric Hospital in Baltimore.

In 1968, Dr. Lichtenberg continued his commitment to serving his country by working at the State Department in Washington, DC. as well as the Central Intelligence Agency for over 30 years. During this time, he continued to treat patients in private practice. He moved to the Washington area in 1969.

He was elected to active membership in the American Psychoanalytic Association in 1963 and continued to be an active member on their program committee, as well as a frequent presenter at annual conferences. In 1979, he created and served as editor- in- chief of the journal Psychoanalytic

Inquiry. He co-founded the Institute of Contemporary Psychotherapy and Psychoanalysis (ICP+P) with Rosemary Segalla in Washington in 1994. Over the years, Dr. Lichtenberg taught at the Washington Psychoanalytic Institute, The Washington School of Psychiatry, Sheppard Pratt Psychiatric Hospital, and ICP+P, as well as Johns Hopkins University. He was a clinical professor of psychiatry at the Georgetown University School of Medicine.

Funeral services are private. In lieu of flowers please consider a contribution to Weekend Backpacks for Homeless Kids at weekendbackpacks.org or the charity of your choice. The family will be in mourning at 7 Falling Leaf Court, Owings Mills, MD 21117.
Read Less

We encourage you to share your most beloved memories of Dr. Joseph D. Lichtenberg here, so that the family and other loved ones can always see it. You can upload cherished photographs, or share your favorite stories, and can even comment on those shared by others.

Posted May 23, 2021 at 08:49pm
I am so grateful my son and I got to spend time with Joe and my Aunt Mady. He immediately bonded with Alexander and his kind spirit and loving kindness was so apparent. I am even more grateful that he and Mady found each other and loved each other and got to share the amazing memories and time they had together. I am sure his memory will be a blessing to us and all that knew him. God Bless. 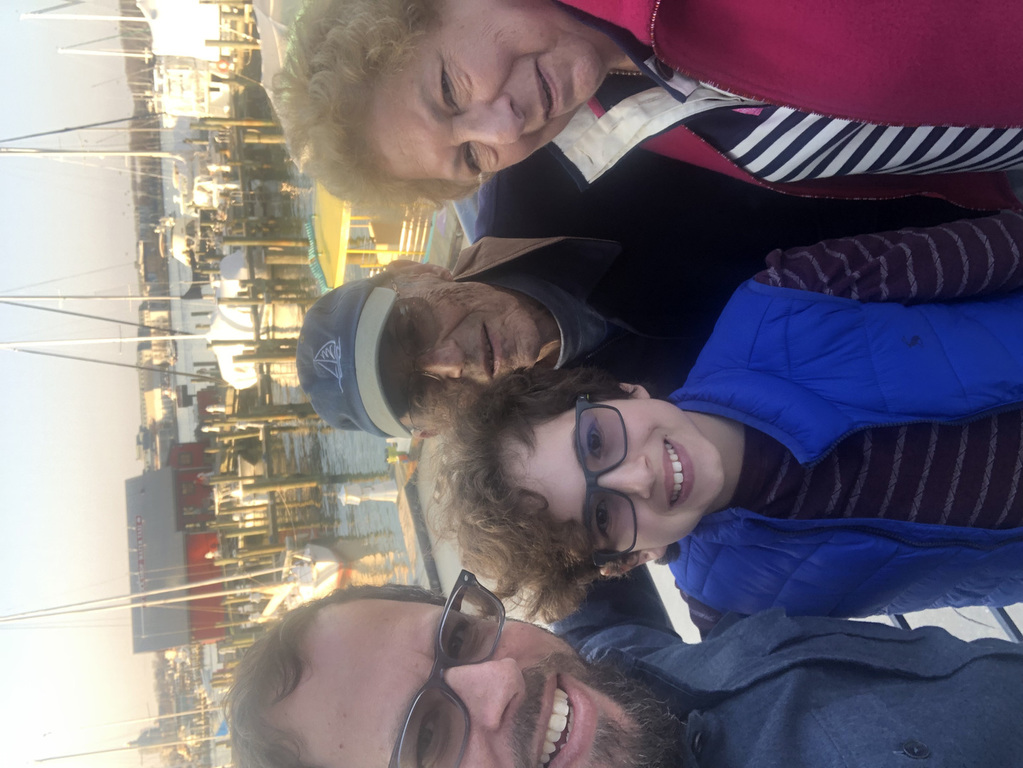 Posted May 23, 2021 at 02:04pm
Some long, full lives aren't long enough when there is so much good to do. Dr. Lichtenberg was and could be proud of his children and grandchildren who possess his spirit and depth.

That he was yours is a source of comfort and consolation.

Posted May 23, 2021 at 01:42pm
Joe was always welcoming and encouraging me, whether in study groups together, or on various committees of ICP&P, or in my teaching. I interviewed him for the Washington Center for Psychoanalysis as part of our History Project, as Joe maintained his membership there throughout the years. Joe was generous with sharing his home, and art work, and although he was about to go off to deliver another talk right after our making this video, Joe took his time to make sure we had what we needed. Joe, I will miss your smiling face, your encyclopedic mind. I am so much the better for having known you.
Comment Share
Share via:
LL

Posted May 23, 2021 at 01:14pm
Dr. Lichtenberg had been our favorite customer for a long time, first at City Lights of China in D.C., then at Meiwah in Chevy Chase for the last 18 years. Dr. Lichtenberg was a kind and beloved customer to me and my entire staff at Meiwah. we all considered him as our good friend. My staff and I sincerely expressed our heartfelt condolence to Dr. Lichtenberg's families, especially Dr. Pao and Dr. Holland. We all deeply miss Dr. Lichtenberg and his generous smile.
Comment Share
Share via:
IG

Posted May 22, 2021 at 10:50am
I knew your relative Joseph when I was very young. His Mother & Aunt would visit my Mother on North Ave. They lived nearby on Eutaw Pl. I read now his age 95. I am 91. He was a sweet boy who liked me, the little blonde girl & I was told he said he was going to marry me when he was a Dr.

If u’re wondering how I remember these facts all these yrs — My Mom had an old shoe box she sometimes tossed a phot in & one was of me & Joseph. Every so often she tossed them on a table to look over. This went on 4 yrs. so that is why I remembered Joseph & wondered if he had become a Dr.

When I saw his name on Levinsons, I was startled but then so happy I learned the end of the story of his successful life.

When my Mother died I remember the box going to my daughter’s house. Will ask her if she has any of the pictures . If that particular one still exists , u will get it, so please give me an email address. One more thing, I see the last name of your Mom was Baker, which is my maiden name.
Irene Baker Gale
Comment Share
Share via:
AJ

Posted May 21, 2021 at 04:12pm
Joe, we laughed together, as we we played together, as we worked together. With you we understood much more about what it all means. And, you knew and felt it. It was all expressed in one of your favorite quotes from when you were 5. You spoke of that playroom shared for the first time with other bewildered 5-year-olds. Speaking now with a twinkle in your eyes, index finger raised you quoted your 5-year-old self: "I know what we can do." 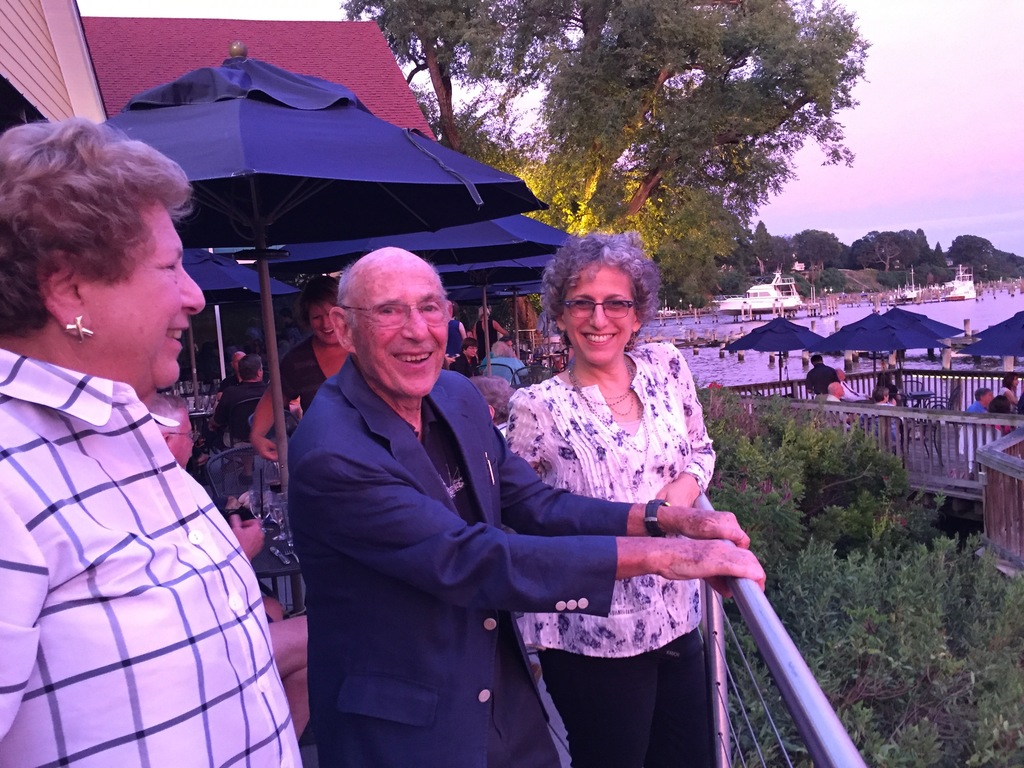 Posted May 21, 2021 at 11:34am
To all who mourn for
Dr. Joseph D. Lichtenberg
the Officers and Board of the
Baltimore City College Alumni Association
extend their condolences.
Comment Share
Share via:
SK

Posted May 21, 2021 at 11:34am
I will miss Joe Lichtenberg's perpetual energy, his loving recognition and support of the creativity and intelligence of so many others. In that sense Joe has been the model of a Self-less Psychology. Joe was able to learn from and harness so many creative constructive contributions in his life adventures, that when he encountered and/or collaborated with you, he could and would often offer himself as a guide and support to your growth and contributions. He was truly a self-less, empathic human being who has inspired and impacted so many patients, but also so many of us, as his colleagues in community. Joe will be missed but always re-membered in all of the lives he has touched. He continues to touch mine every day and today most especially in my sadness at remembering the depth of his generosity. Steve Knoblauch
Comment Share
Share via:
BL

Posted May 20, 2021 at 05:24pm
Family of the Late Dr Jos. Lichtenberg:
My father in law was Dr Moses Lichtenberg. Unfortunately, I did not have the pleasure of knowing Dr Joseph Lichtenberg. He sounds like a very special person. May his loving vmemory be in your hearts forever.
Comment Share
Share via:
BC

Posted May 20, 2021 at 09:28am
Baltimore Hebrew Congregation clergy, lay leaders and members offer their condolences to the family of Dr. Joseph D. Lichtenberg.  We hope that you are comforted by warm memories and support of family, friends and community.
May his memory be forever a blessing.
Comment Share
Share via:
JL

Posted May 20, 2021 at 09:01am
Ann, Henry and Family we are so sorry for your loss. May his memory be for a blessing and bring you comfort during this difficult time .
Comment Share
Share via:
A 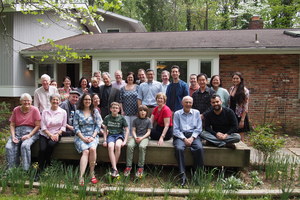 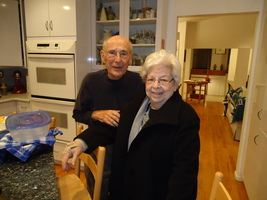 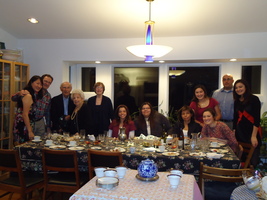 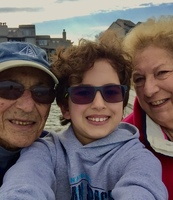