Les served in the United States Navy, World War II, and received the American Theatre and Good I Conduct medals, In Newburgh he was a member of Congregation Agudas Israel, chairman of the Chreva Kadisha, founder of the Middle Hope and Balmville Boys and Girls Clubs, member of the Middle Hope Volunteer Fire Dept., Town of Newburgh Police Dept, Optimist and Lions Clubs, New York State football, baseball, softball and Olympic track official, head starter in track for many years. In 1962 was the recipient of the Jaycees Man of the Year for the Greater Newburgh area. In 1979 was recipient of the Four Chaplin's Award.

Moved to Florida in 1987, was affiliated with FHSAAin softball, football, and track, member of the I Tamarac Parks and Recreation Commission, president of Tamarac Athletic Federation, served as president of the Marlins Fan Club, Broward County softball commissioner, served as Commander of the Disabled American Veterans, and the American Legion, and member of JWV, VFW.

Les will be greatly missed by all. A private service will be held for the immediate family out of town.
Read Less

We encourage you to share your most beloved memories of Lester here, so that the family and other loved ones can always see it. You can upload cherished photographs, or share your favorite stories, and can even comment on those shared by others.

Posted Apr 13, 2021 at 12:14am
Dear Art. Robin, and families............
I am sorry for the loss of your beloved Dad and Grandfather. I'm sure you have countless happy memories to help you through this time of grief. and to bring you smiles in the future. May your beloved Les forever Rest In Peace.

Posted Apr 11, 2021 at 04:01pm
Dear Art, Robin, Brittany, Matt, Brian, and Families, was there anything your Dad/Grandpa couldn't do?! What an amazing, full, exciting life he led! His stories I hope, get written down one day with the apparent sense of humor fully, displayed. I'm sure he so enriched your lives in many unique, ways.. My thoughts are deeply with you allat this sad time.
Comment Share
Share via:
JS

Posted Apr 11, 2021 at 03:39pm
Les (Grandpa) was one of the funniest guys I’ve known. He always had a story to tell me and I hope to remember them all. May his memory be a blessing.
Comment Share
Share via:
BW

Posted Apr 11, 2021 at 03:17pm
My heart goes out to Art and the entire Barr family in the passing of Les. The few times that I met him we shared laughs, and he always told such awesome stories! We touched base on Facebook sharing Illuminating comments. May all of the happy memories comfort you in your time of grief. He is now in a better place. God bless…
Comment Share
Share via: 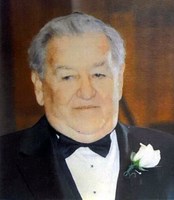