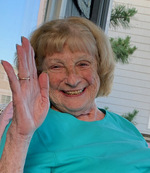 “Niki” was born and raised in Baltimore, graduated from Forest Park High School and the University of Maryland, and later earned a Master’s degree from the University of Baltimore. She impacted the lives of thousands of students as a passionate English and Drama Teacher for over 30 years at Pimlico Junior High School, Western High School, and Howard High School in Howard County, MD. After retiring from teaching, she worked for the College Bound Foundation, helping inner city students access college education, and the MD State Department of Education writing and editing curriculum.

She spent 16 of her youthful summers at Camp Louise in western MD as a camper, trainee, counselor, department head, and later became the Director. Her love of theater led her to serve on the Boards of Directors of the Baltimore School for the Arts where she was proudly the editor of the FANS newsletter, and the Everyman Theater. Niki was a founding member of Beth Tfiloh Couples Club, writing and directing performances for young couples in the 1970s, and a lifelong member of Hadassah. For many years, she was an active performer and director in community theater, but her strongest love was for her extended family.

Services are Virtual in Levinson's Chapel. Please click the view the webcast link above to watch the funeral service on Friday, April 23rd, 2021 at 12:45 pm. Interment Druid Ridge Cemetery. Please omit flowers. Contributions in her memory may be sent to the Baltimore School for the Arts, the Everyman Theater, or Camps Airy & Louise. The family will be having Shiva Friday through Monday with services on zoom and in person, services will be on Saturday night beginning at 8:45pm, and Sunday and Monday nights beginning at 7pm.