Donations are being accepted for:
Alzheimer's Association of Maryland

A devoted mother and wife, Norma always put family above all. Strong, creative, resourceful beyond measure, she sought fun and new adventures anywhere she could find them, determined to live life to its fullest. Hosting big family gatherings was one of her greatest joys--the bigger and noisier, the better.
Always curious, Norma was a world traveler who was passionate about the arts and culture. She was a lifelong learner and took classes in a multitude of subjects throughout her adult life, even becoming a Bat Mitzvah in her 70’s. Her strong spirit and good humor helped her through the toughest of times and were a blessing to all who knew her. She will be missed more than words can say.

A Virtual Funeral will be held on Tuesday, February 16th, 2021 at 9:30 am. Interment Baltimore Hebrew Cemetery - Berrymans Lane. Please omit flowers. Contributions in her memory may be directed to the Alzheimer's Association of Maryland, 1850 York Road, Suite D, Timonium, MD 21093.
Read Less

We encourage you to share your most beloved memories of Norma Linda Surosky here, so that the family and other loved ones can always see it. You can upload cherished photographs, or share your favorite stories, and can even comment on those shared by others.

Posted Feb 18, 2021 at 10:24am
Sending prayers and sympathy on the loss of your mother. I remember you and your family as my dental patients in my early years of practice. I met you through my dental receptionist Joan Stern. RIP!

Posted Feb 17, 2021 at 11:09am
I am so sorry for your loss. Ted and Norma were an amazing couple. May your good memories bring you comfort in the days ahead.
Comment Share
Share via:
M

Posted Feb 16, 2021 at 07:41pm
Judith and I send our most heartfelt condolences to Norma's family. It was one of the true joys of my life that I was able to visit her and Ted at home a few years ago, and introduce them to my wife Judith. Norma's kindness in warmly welcoming me to stay with the Himelfarb family in 1980, has remained with me these past forty years. I was on my very first visit to the United States and meeting the amazing Himelfarbs was pure joy. It was made possible by becoming firm friends with Sheldon and Deidre at college in England. I am so proud to have that link with the Himelfarbs through being being a godfather to Norma's granddaughter, Danielle. God Bless you Norma, I'll never forget you.
Comment Share
Share via:
S,

Posted Feb 16, 2021 at 06:53pm
Forever in My Heart (Our ❤) I will truly miss her..she was the sweetest, most kindest, most loving person i have every met and iam grateful that i did share a part of her life here at Annen Woods . My condolences to a very loving family whom she adored , and we all came to know and also love. It was an honor, love & a pleasure to work for Your Dad and your Mom and your grand parents..Ted & Norma Surosky.
Comment Share
Share via:
CC

Posted Feb 16, 2021 at 02:28pm
The Chizuk Amuno synagogue community expresses our sincere condolences on the passing of our member, Norma Surosky. We extend our sympathies to the entire family. May you find comfort in your memories.
Comment Share
Share via:
TC

The Edward A. Myerberg Center

Posted Feb 16, 2021 at 11:54am
Please accept our deepest condolences on the loss of Norma. She was a dear friend who loved coming to the Myerberg to paint. She brightened our day, and will be missed. May her memory be for a blessing.
Comment Share
Share via:
EP

Posted Feb 16, 2021 at 10:46am
Ron and Frada
So sorry for your loss ... this is a sad time for you and your family.
Please accept my condolences.
Comment Share
Share via:
PB

Posted Feb 16, 2021 at 09:50am
Sincere condolences on the loss of Norma. I found her an inspiration in life and the love she found in her husband and Judaism. The bond our adult Bat Mitzvah class found in each other are memories of a lifetime.
Comment Share
Share via:
PS

Posted Feb 16, 2021 at 09:29am
Dear friends, our condolences for Norma's passing. We were lucky to share good times with her and Ted when they visited here in Chile, they were lovely people. A big hug, - Salvatierra family
Comment Share
Share via:
JH

Posted Feb 16, 2021 at 08:13am
Sorry to hear of Norma’s passing. My parents, Betty and Lenny Norinsky were good friends of Norma and Ted for many years. Now the partying can continue up in heaven. May her memory be a blessing.
Comment Share
Share via:
JS

Posted Feb 16, 2021 at 07:30am
Carl and I are so sad to hear about Norma. She came into my life over 50 years ago and I learned very early what a special force she was. She was artistic, charismatic and funny, and I loved her right from the start. We know how much she will be missed. Our love to Shel, Suzie, Michael, Adam, Roger, Bruce, Jodie and their families. 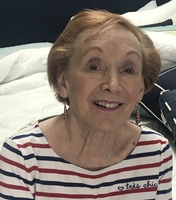 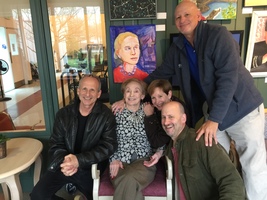 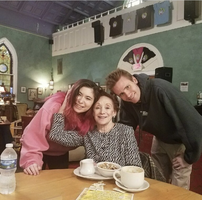 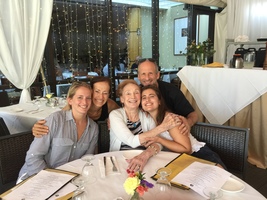