Donations are being accepted for:
Maryland Food Bank

Print
Paul Richard Maihan passed away on March 9, 2021 at the age of 72 in his hometown of Baltimore, Maryland. His determination and will to live life to the fullest was evident until the very end.

Paul was an economist by trade but will be ... Read More
Paul Richard Maihan passed away on March 9, 2021 at the age of 72 in his hometown of Baltimore, Maryland. His determination and will to live life to the fullest was evident until the very end.

Paul was an economist by trade but will be most remembered for his deep appreciation of great food and wine. He enjoyed nothing more than sharing fine cuisine with family and friends.

Paul is survived by his wife of 45 years, Marian (Sundheim) Maihan, his devoted daughter Stephanie (Maihan) Lindley and husband Brian, and two adoring grandchildren Evan and Megan. He is also survived by sisters Marilyn O’Connor of Pittsburg, Pennsylvania and Joan Miller of Phoenix, Arizona. He is preceded in death by brother Tony Maihan of Montgomery Alabama and sister Carolyn Plaskon of Surprise, Arizona.

Paul will be dearly missed by all who knew him. A celebration of life will be held at a later date, at which time it is safe to gather.

We encourage you to share your most beloved memories of Paul R. Maihan here, so that the family and other loved ones can always see it. You can upload cherished photographs, or share your favorite stories, and can even comment on those shared by others.

There is little I can say that would begin to mitigate your overwhelming sadness. But please rest assured that those who have had you as a friend for a lifetime, now have you in our hearts.

Posted Mar 12, 2021 at 05:14pm
Dear Marian, Stephanie, Paul, Evan and Megan
John and I are so saddened to hear the news of your dear husband, father and grandfather‘s death. We know how very loved he was by so many people and what an important role he played in all your lives.
We will remember Paul for his dry sense of humor,his intellect, his love for his family and friends, and the wonderful dinners that he prepared for those meant so much to him.
Our love and condolences,
Evelyn and John
Comment Share
Share via:
KS

Posted Mar 12, 2021 at 02:50pm
Dear Marian,
I was saddened to learn of your Paul's passing. Although I never knew Paul, I was fascinated by the stories of his amazing meals from soup to dessert. My heart goes out to you and your family. May his memory always be for a blessing. Karen
Comment Share
Share via:
DS

Posted Mar 12, 2021 at 11:05am
Dear Miriam and Stephanie,
Heather just let me know about Paul. I'm so sorry and wanted to express my sincere condolences.
I know it's been awhile but I wanted to let you know my deepest sympathies are you at this difficult time. Debbie Schloss

Posted Mar 12, 2021 at 12:34am
Marian,
You were my first friend when I came to Baltimore and you and Paul have been constants in our life. Paul introduced us to dinner group and we had many dinners out as well as Paul's gourmet home cooked meals where he was trying out a new recipe. Always a kiss, smile, bottle of wine and enjoyment or not of the meal and then an OK Marian, let's go. His wonderful laugh, Pittsburgh accent, and being Chief to Meghan and Evan will always bring a smile to me. We will miss our great friend. Love to Stephanie and you.
Comment Share
Share via:
MB

Posted Mar 11, 2021 at 06:19pm
I'm so sorry to hear about Paul. My condolences to Marian and Stephanie, his son-in-law and beautiful grandchildren. I have known Paul and Marian for many decades, and Paul was always kind, considerate and funny. I don't remember ever hearing say a cross word about anybody or any thing. He will be missed.
Comment Share
Share via:
MG

Posted Mar 11, 2021 at 05:43pm
So sad to hear of Paul’s passing. I worked with Paul for a number of years when he was employed by the Maryland Department of Planning. I always enjoyed his sense of humor and his hearty laugh. My sincerest condolences to his family.
Comment Share
Share via:
KO

Posted Mar 10, 2021 at 05:04pm
Although, I never met Paul, I adore his daughter, Stephanie, and her loving family. Our families have grown close over the years living across the street from one another. Marien, my heart goes out to you. And Paul, your legacy lives on with your daughter. She is one of the most wholesome and sincere people I know and I am so lucky to have her in my circle. Love to you all, Katie and the rest of the Orrs ❤️
Comment Share
Share via:
BR

Posted Mar 10, 2021 at 03:36pm
Marian,
So sorry to hear about the loss of Paul. Our hearts and prayers are with you during this difficult time.
Comment Share
Share via:
EP

Posted Mar 10, 2021 at 03:02pm
I was saddened to see Paul's passing thru the Sunpapers. Altho we haven't been in touch for many years, I remember Paul as a kind and generous person, with a healthy sense of humor. When I knew him, he was a good friend, who loved life outside the box of 'economics'. My deepest condolences to you, Marian and to his family.
Comment Share
Share via:
AF

Posted Mar 10, 2021 at 10:48am
I am so sorry to learn of Paul's passing. My deepest sympathies to you and your family. Hope to see you soon.
Comment Share
Share via:
IL

Posted Mar 10, 2021 at 10:01am
Bob and I are so sorry to hear of Paul's passing. Our hearts and prayers are with you and we hope the beautiful memories of your life together sustain you. May Paul's memory be a blessing to all who knew and loved him.
Comment Share
Share via:
JC

Posted Mar 10, 2021 at 09:56am
Dear Marian and Stephanie
So sorry for your loss. Cherish your lifetime of wonderful memories and may they be a comfort to you now.
Love Joan and Jerry

Posted Mar 10, 2021 at 09:44am
I have such fond memories of getting to know Paul as a child and remember what a kind and wonderful husband, father and grandfather he was. Prayers from all the Neumeyer's.
Comment Share
Share via:
SS

Posted Mar 10, 2021 at 09:42am
Marion,
So sorry for your loss. While I didn’t know your husband, I hope the fond memories you have will be of some comfort to you.
Comment Share
Share via:
DK

I am saddened to hear about the loss of your husband and father, Paul. May his memory be always for a blessing.
Comment Share
Share via:
ML

Posted Mar 10, 2021 at 07:03am
I will miss my good friend Paul. I admired his discriminating taste for food and wine. It worked out best when following his lead, whether meeting for lunch or when Lynn and I joined Paul and Marian for dinner out or at their home. He admired and could prepare a well plated dish paired with the proper wine. Paul had a discerning mind, he knew what he liked and what he did not. For me he was a good listener and gave his frank opinion, nothing more could be asked of a good friend. A reunion down the road for sure, until that day valued memories.
Comment Share
Share via:
LF

Posted Mar 09, 2021 at 09:24pm
Marian, I was so sorry to read about Paul's passing. It's been a long time since I've seen you at ORT functions, etc. and never knew Paul wasn't well. My husband and I extend our deepest condolences to you and your entire family. We hope memories of better times will sustain you through these difficult times now.
Comment Share
Share via: 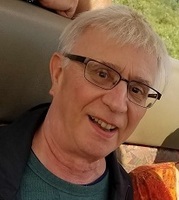 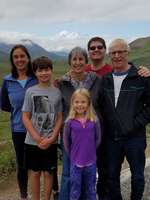