We encourage you to share your most beloved memories of Stanley here, so that the family and other loved ones can always see it. You can upload cherished photographs, or share your favorite stories, and can even comment on those shared by others.

Posted Apr 15, 2021 at 11:32pm
So sad to hear of the passing of Stanley, a lovely and talented guy. My fondest memories are of visiting his shop looking for accessories for my new home and buying off the floor---and off the wall--- a few pieces that weren't for sale! I thought they were just perfect for my spots, and he thought they belonged where they already were! Eventually, he agreed and let them go. I've never regretted the decisions and to this day never forgot his gracious acquiescence to my rather bold mode of purchasing. They both still occupy places of honor and remind me of him. My condolences to the family.

Posted Apr 13, 2021 at 09:48pm
I am so very sad and sorry to hear of Stanley's passing. He was a wonderful talented guy who will be truly missed by all. Stanley did a beautiful job decorating my house and my daughter's house. He was a pleasure to work with. My most heartfelt sympathy to the family. May all your fond memories bring you much comfort during this difficult time.
Comment Share
Share via:
J

Posted Apr 12, 2021 at 10:01pm
I think of Stanley often. He designed my home and I love everything that he did. Whenever he was coming over to decorate I would always have a freshly brewed cup of coffee waiting for him. He was so talented and easy to work with. I’m so sorry to hear of his passing .
Jill Kamenetz
Comment Share
Share via:
GB

Posted Apr 12, 2021 at 08:35am
The Board of Directors and the Residents of Harper House send our deepest condolences for the passing of our very talented and kind long time neighbor at Harper House. The family is in our thoughts and prayers.
Comment Share
Share via:
JH

Posted Apr 11, 2021 at 02:35pm
Louis and family, We are so very sorry to learn of Stanley’s passing. He was truly a Renaissance Man bringing much happiness to many through his creativity. May the memories of happy times together bring you all comfort and may Stanley’s memory be forever a blessing.
Comment Share
Share via:
AA

My deepest sympathy and condolences to the Kroiz and Metzger families. I will be praying for you all.

Posted Apr 11, 2021 at 12:44pm
To all who mourn for
Stanley N. Kroiz
the Officers and Board of the
Baltimore City College Alumni Association
extend their condolences.
Comment Share
Share via:
E

Posted Apr 11, 2021 at 11:13am
Stanley was a mensch. The original renaissance man of our family. Everyone in the Kesselman family liked and loved Stanley. For those of you who know my family, you understand what a tremendous compliment that is and a testament to Stanley’s ability to make everyone feel good and be a part of the larger of the Kroiz, Metzger, Kesselman families. Rest in peace and G-s bless you Stanley Kroiz. Eddie
Comment Share
Share via:
NH

Posted Apr 11, 2021 at 10:26am
Stanley was a unique individual with far ranging interests and expertise. He was the first designer I worked with and together with Stephen Basel, we started ‘zooks’ - the very first mid-century modern retail store in Maryland. It was on Charles street and ahead of its time in the 80’s. We had a blast finding, buying and selling. It was a serious hobby. The best day was when a buyer came in and bought most of the contents of the store and shipped it back to Japan.
Comment Share
Share via:
HS

Posted Apr 11, 2021 at 10:25am
Louis and Family,
I was sadden to learn of Stanley's passing. I would periodically see him when he was working on a project for a client. Memories of him, Gerson, and you started back at Taney Manor when our family became first tenants, then friends of your family. I am sure you will have many memories to keep and to share with family.
Comment Share
Share via:
GS

Posted Apr 11, 2021 at 10:03am
Louis and Family,
I am so sorry to hear the loss of your beloved brother and Uncle, Stanley. My condolences to you and your family! I live at the Elmont Condominiums and the Boys Latin Class of 1972.
Comment Share
Share via:
DK

Posted Apr 11, 2021 at 09:47am
Shana and family - My sincere condolences on your loss. Stanley was a very talented and creative designer who I was fortunate to work with for many years. He left his creative touch in many beautiful homes.
Comment Share
Share via:
JR

Posted Apr 11, 2021 at 08:24am
Shana dear
Am so sorry to learn of your loss. Your uncle seemed to have had an exciting and wonderful life... not unlike your own. I send love and sympathy to you and your family.
Comment Share
Share via:
GL

Posted Apr 11, 2021 at 08:16am
What a great person.I worked as a cabinetmaker/ picture framer with Stanley in residential and commercial design work for many years . What a great smile and wonderful human being . May his wonderful memories be a blessing to all who were related and were lucky enough to enjoy his friendship.
Peace and love
Comment Share
Share via:
RM

Posted Apr 11, 2021 at 08:11am
Sorry to hear about Staley’s passing. While I only met him a few times early in life, I remember his bright and beautiful spirit.
Comment Share
Share via: 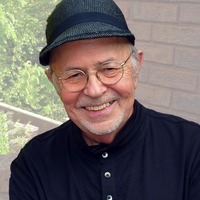