Donations are being accepted for:
Annapolis Symphony Orchestra

Print
Thea Berlin Pinskey of Annapolis passed away on Friday, February 5, 2021 with her family by her side. She was 79.

Born in Chicago, Thea spent her youth in Gastonia, North Carolina before attending and graduating from The University of Ge... Read More

Thea Berlin Pinskey of Annapolis passed away on Friday, February 5, 2021 with her family by her side. She was 79.

Born in Chicago, Thea spent her youth in Gastonia, North Carolina before attending and graduating from The University of Georgia where she was a member of Sigma Delta Tau sorority.

It was during her time in Athens that she met her husband, Howard Pinskey, a Naval Academy graduate. They married on October 10, 1965 and began their Navy life together.

After several moves around the country, they settled in Maryland, where Thea was a Speech Pathologist with the Prince George’s County School District for 30 years.

After moving to Annapolis in 1983, Thea became an integral part of the Annapolis Cultural Arts community. She served on the Board of the Annapolis Symphony Orchestra as Education Committee Chair, as Historian for Caritas Society of St. John’s College, and was a valuable and contributing member of The Annapolis Chapter of Hadassah, the Mitchell Gallery, Brandeis and the 21st Century Club. Thea was an active member of K’neseth Israel synagogue for many years, several book clubs and mahjong groups.

Thea was a constant supporter of the performing and visual arts, in Annapolis, Baltimore and Washington DC. A lover of all art forms, Thea could be found on any given evening attending operas, ballets, theatre performances or exhibits.

When Thea was not sitting in an audience supporting the arts, she was traveling. A favorite pastime, she spanned the globe from Australia to Vietnam and even a recent trip down Route 66, always purchasing pencils as souvenirs for family and friends.

Thea is preceded in death by her husband of 55 years, Howard Pinskey and her parents, Meyer and Miriam Berlin. She is survived by her sister, Geri Schwartz (Kenny), nieces Cindy Siesel, Amy Applestein (Brian), Stacy Frazier (Dwayne) and her beloved great nieces and nephew, Jaclyn, Tori, Karli, Bridget and Logan.

Thea made an indelible mark on everyone she met and she will be so very missed.

We encourage you to share your most beloved memories of Thea here, so that the family and other loved ones can always see it. You can upload cherished photographs, or share your favorite stories, and can even comment on those shared by others.

Posted Feb 09, 2021 at 11:54am
Thea and I have been friends since college days. I will miss her very much. My sincerest condolences to the Schwartz family. May Thea rest in peace.
Comment Share
Share via:
WA

Posted Feb 09, 2021 at 11:40am
I met Thea years ago after she and Howard married. She was always warm and such a kind person.
As they were in life, now they are in death- together. May she and Howard rest in peace. My deepest condolences to the family. I know her memory and Howard's will continue to be an inspiration and will always be for a blessing. Baruch dayan ha emet.
Comment Share
Share via:
SW

Posted Feb 07, 2021 at 07:56am
So saddened to read of Thea’s death. May she Rest In Peace and May her memory be for a blessing..my deepest condolences
Comment Share
Share via:
DR

Posted Feb 06, 2021 at 04:46pm
Thea and I were friends for over 50 years as speech pathologist attending Ballets, local tours, theater, etc. we shared family events and happy and sad times together. I will dearly miss my best friend
Comment Share
Share via:
BR

Posted Feb 06, 2021 at 01:37pm
What a shock to hear of both Howard & Thea's passing, there are no words.
Our thoughts are with the family & friends at this very difficult time.
Renee & Bob Epstein
Comment Share
Share via:
HW

Posted Feb 06, 2021 at 10:21am
Dear all,
I am so sorry to learn of Theo's passing. My heart goes out to you all. Know I am thinking of the entire family. Hopefully your good memories will take you through this sad time. Hugs,
Comment Share
Share via: 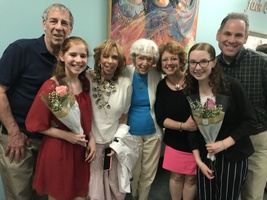 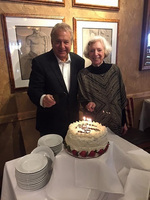 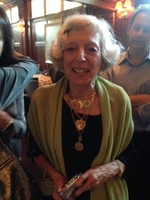 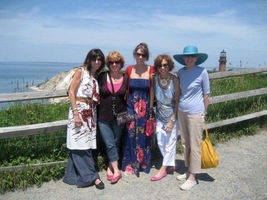