Donations are being accepted for:
Multiple Sclerosis Society

Marc was an avid pilot, having held an instructor license for 25 years. He also loved to SCUBA dive with the Diving Dentist Society, where he learned the invaluable skill of underwater basket weaving. His proudest professional achievements include working on the Hubble Space Telescope and being the recipient of a Silver Snoopy Award. Marc also had a keen interest in photography and regularly took photos of his children at sporting events. Marc’s greatest joys include his Bouviers, Jessie, Natchez, and Gus.

In lieu of flowers, the family would appreciate donations to the MS Society.
Read Less

We encourage you to share your most beloved memories of Marc here, so that the family and other loved ones can always see it. You can upload cherished photographs, or share your favorite stories, and can even comment on those shared by others.

Posted Feb 04, 2021 at 05:30pm
Page, Cori & family. i was so sad to hear about the loss of Marc. i have such fond memories of your dad. He was the first person to teach me how to use a computer back in the dark ages when it was DOS. i had no clue what i was doing and he was so patient with me. He also flew a number of times with David. He was a kind talented man.
Our thoughts and prayers are with you and your family. May his memories be a comfort to you during this difficult time.

Posted Feb 03, 2021 at 10:00pm
Just heard through an email. I am stunned and saddened!
I worked with Marc at O.A.O. and Swales Aerospace from '93-05ish. He was the coolest kid on the block I bet. He never lost his cool there because he was the epitome of cool in my book! The coolest smart guy I've ever known!
I saw test failures and he was like....ok, let's do it this way.
Marc always had a kind word and would always stop and talk with me no matter how busy he was.
I lost contact with him when I quit and moved away but I thought of him often and just the other day saw a picture of him on a NASA ad or something.
Please know that he touched many lives in a most positive way and I will miss him.
Praying for the family and friends during this time of sadness and grief. Also for strength and clarity in Jesus' name!

Posted Feb 02, 2021 at 10:59pm
To the family of Marc, please accept my sincere condolences Marc was a great friendly guy we knew each other at Pikesville junior and high school. May his memory always bring a smile to all that knew him
Comment Share
Share via:
CD

Posted Feb 02, 2021 at 08:06pm
Cori and Page-
We were so very sorry to hear of the passing of your dad. Remembering all the Diener- Brotman get-togethers when you two were kids- Chanukah, 3rd night of Passover, and swim parties at your Grandparents’! Marc was always friendly and conversational, and we will remember him fondly.
Comment Share
Share via:
LA

Posted Feb 02, 2021 at 12:34pm
My sincerest condolences to Marc's family. I knew Marc in high school and only have the fondest of memories of him. I was very shy in school and Marc always was warm and welcoming.
Comment Share
Share via:
E

Posted Feb 02, 2021 at 11:45am
Marc was full of love and laughter for all. As a teen, I remember his black tie wedding and watching Marc and groomsmen coming up with the “celebration dance” that quickly became our family theme song and dance for every wedding I’ve attended since. Marc’s zest for living and storytelling fill me with fond memories. He will be missed!
Comment Share
Share via:
B

Posted Feb 02, 2021 at 07:10am
I was very saddened to hear about Marc. I knew him in high school . He was amazing athlete and an incredibly nice guy. He made every sport he played look effortless. I hope you find comfort in your many wonderful memories of him.
Comment Share
Share via:
JR

Posted Feb 02, 2021 at 01:53am
So very sorry to hear of Marc's passing. I remember him as a very pleasant and all around nice guy from our junior high and high school years at Pikesville. To all Marc's family and friends, please accept my sincerest condolences. May his memory last forever and may he rest in peace.
Comment Share
Share via:
SL

Posted Feb 01, 2021 at 08:38pm
So many hours shared during years of gymnastic meets. Remembering Marc as a devoted dad, cheering on his girls. Thinking of you and sending sincere condolences at this time. May his memory be a blessing.
Comment Share
Share via:
PB

Posted Feb 01, 2021 at 01:24pm
So very sorry for your loss. Marc was a great friend in high school and after, and we reconnected on Shaded Brook as your neighbor. He was always the nicest of guys, always friendly and eager to share and laugh about the times we had together. May his memories help you carry forward during these challenging times.
Comment Share
Share via:
IP

Posted Feb 01, 2021 at 11:13am
So sorry for your loss. Marc and I were locker neighbors and friends in high school. We lost touch, reconnected at a reunion and lost touch again in the past couple years ago. My heart broke when I heard the news. He was such a good friend and a better person. I remember last time we spoke, how passionately he talked about his family. Hold tight your memories to help ease the pain during this difficult time.
Comment Share
Share via:
RG

Posted Feb 01, 2021 at 10:02am
So sorry for your loss. Marc was a friendly and kind person. May you find comfort in all your memories and may his memory be of a blessing.
Comment Share
Share via:
PF

Posted Feb 01, 2021 at 08:58am
Sending our deepest sympathy to you all , during this very difficult time. May happy memories help to sustain you , through the days ahead. Patti and Ira Friedman , and Family
Comment Share
Share via:
GZ

Posted Feb 01, 2021 at 07:12am
Paige and Cori - I’m so sorry for the loss of your Dad. He was a great guy, always had a smile and a kind word. He reached out to me on FB this past year and was so proud of both of you. May his memory always be a blessing and may he fly high.
Comment Share
Share via:
M

Posted Jan 31, 2021 at 01:56pm
Paige, Cori & Family,
Our sincere condolences on the loss of your beloved Marc, an old friend who I remember in the 1970’s as a super nice, great athlete, smart and all the girls liked him. May all your good memories of him help you through this difficult time.
Comment Share
Share via: 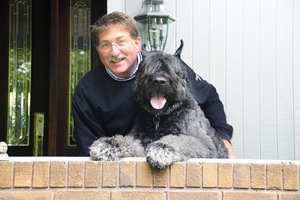 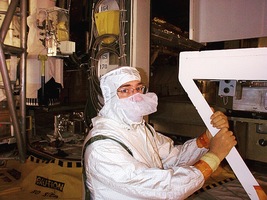