Robert Slavin was considered one the world’s most effective advocates for using evidence as a basis for educational policy and practice. He published dozens of reviews of research on effective practices in elementary and secondary reading, writing, mathematics, science, and early childhood education and wrote widely on methodology for research reviews. To make evidence on educational effectiveness available to all, he founded two free websites for educators and researchers, the Best Evidence Encyclopedia (www.bestevidence.org) (mostly for researchers) and Evidence for ESSA (www.evidenceforessa.org) (mostly for educators). He also wrote weekly blogs on evidence-based reform in education, and distributes a bi-weekly online summary of recent research and policy developments, Best Evidence in Brief (BEiB).

Dr. Slavin was among the earliest researchers working on cooperative learning approaches, in which students work in small teams to help each other learn. Many of his strategies and programs were designed to assist with the successful transition to more integrated schools. These programs are now used throughout the world. Starting in 1987, Dr. Slavin and his wife, Dr. Nancy Madden, created and researched a whole-school reform approach called Success for All, designed to ensure that students in high-poverty schools learn to read and succeed in elementary and middle schools. It has served over 3 million students and has been successfully researched in dozens of studies. It is used in about 1000 schools in the U.S., U.K., and Netherlands, but also studied in research projects all over the world. SFA emphasizes cooperative learning, tutoring for struggling readers, extensive coaching, inclusion for all students and family involvement. It plays an important role in education policy, demonstrating that great success can be achieved by high-poverty schools and that an effective program can be replicated on a broad scale. Dr. Slavin addressed systemic racism in education before that term became common.

Dr. Slavin also studied systems to ensure that students of all races, in high-poverty districts who need eyeglasses receive them, wear them, and receive replacements if their glasses were lost. A districtwide randomized study in Baltimore found significant positive effects of providing eyeglasses on standardized tests of reading in grades 3 to 8. Dr. Slavin was instrumental in initiating Vision for Baltimore.

Dr. Slavin also did development and research on computer-assisted tutoring models, demonstrating that tutoring in reading can be a cost-effective solution for struggling readers in elementary schools. It uses teaching assistants who work with four students at a time. Dr. Slavin’s team will continue his work on tutoring including his plan to publicize his and others’ proven tutoring programs to heal Covid learning losses, and recently launched a website, www.proventutoring.org, that provides details of each research-proven program. Dr. Slavin was presently working on grants from the Department of Education under the Biden administration to address educational problems associated with the pandemic. He worked on improving schools with the Department of Education under every president since President Carter, in the late 1970’s.

He was Director of the Center for Research and Reform in Education at Johns Hopkins University and is a co-founder of the Success for All Foundation. He received his B.A. in Psychology from Reed College in 1972, and his Ph.D. in Social Relations in 1975 from Johns Hopkins University. Dr. Slavin has authored or co-authored more than 300 articles and book chapters on such topics as cooperative learning, comprehensive school reform, ability grouping, school and classroom organization, desegregation, school-based vision care, research review, and evidence-based reform. Dr. Slavin is the author or co-author of 24 books, including Educational Psychology: Theory into Practice (Allyn & Bacon, multiple editions 1986-2021), Cooperative Learning: Theory, Research, and Practice (Allyn & Bacon, 1990, 1995), Show Me the Evidence: Proven and Promising Programs for America’s Schools (Corwin, 1998), and Two Million Children: Success for All (Corwin, 2009). He received honorary doctorates from the University of Groningen, The Netherlands, in 2014, University of Ghent, Belgium, in 2008, and the University of Liège, Belgium, in 1999. He received the American Educational Research Association’s Raymond B. Cattell Early Career Award for Programmatic Research in 1986, the Palmer O. Johnson award for the best article in an AERA journal in 1988, the Charles A. Dana award in 1994, the James Bryant Conant Award from the Education Commission of the States in 1998, the Outstanding Leadership in Education Award from the Horace Mann League in 1999, the Distinguished Services Award from the Council of Chief State School Officers in 2000, the AERA Review of Research Award in 2009, the Palmer O. Johnson Award for the best article in an AERA journal in 2008, and was appointed as a Member of the National Academy of Education in 2009 and an AERA Fellow in 2010. In 2017 he was awarded the E. L. Thorndike Career Achievement Award by the American Psychological Association, in 2018 he was awarded the Jenny Pomeroy Award for Excellence in Vision and Public Health, and in 2019 he was awarded the AERA Distinguished Contributions to Research in Education Award.

Most importantly, Bob was a boss and mentor to literally hundreds of employees and Ph.D. students throughout his career. His brilliant mind and caring spirit set the tone for a harmonious, productive workplace whose halls echoed laughter and fun along with debate and the sharing of ideas.

Bob will be greatly missed by his wife and partner of over fifty years, Dr. Nancy Madden, his children, Jacob, Benjamin and Rebecca, his mother Miriam Crohn Slavin, his grandchildren, Adaya, Leo, and Ava, his siblings: Thomas, Daniel, Paul and Julia and their spouses, as well as many nieces and nephews. He was predeceased by his father, Dr. Joseph Slavin. There are also many friends and colleagues who will miss Bob tremendously, but are too numerous to mention.

Services are private. Please omit flowers. Contributions in his memory may be sent to the Success For All Foundation, 300 E Joppa Road, Towson, MD, 21286, or online at successforall.org.
Read Less

We encourage you to share your most beloved memories of Robert here, so that the family and other loved ones can always see it. You can upload cherished photographs, or share your favorite stories, and can even comment on those shared by others. 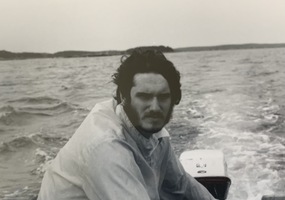 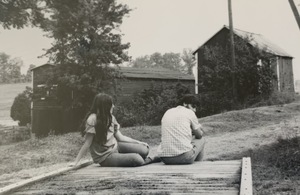