Your condolence has been submitted for approval. There may be a delay before posting.

Donations are being accepted for:
Greenville Area Parkinson Society

Print
On Tuesday, May 25th, 2021 Stanley Morton “Marty” Miller, devoted husband, father, and grandfather passed away at age 90, surrounded by his family at home.

Marty was born on January 24th, 1931. He was the beloved son of Sylvia and He... Read More
On Tuesday, May 25th, 2021 Stanley Morton “Marty” Miller, devoted husband, father, and grandfather passed away at age 90, surrounded by his family at home.

Marty was born on January 24th, 1931. He was the beloved son of Sylvia and Herbert Miller. He attended Forest Park High School and then studied and wrestled at the University of Maryland. He left for the Air Force to serve in the Korean War. After he returned, he received his accounting certificate from Johns Hopkins University.

In 1958, Marty met his wife Esther Louise Miller (née Rosenbaum) on a blind date in Cumberland, Maryland. They were engaged a few months later, married, and moved to Baltimore, Maryland where they raised their children.

Starting his career in the family neck-tie business formed his love of sales, travel, and maps. After working at Columbia Records and Dun and Bradstreet, he established his own company. Marty and Louise ran Mercantile Corporation successfully for 25 years.

Marty had a sharp mind and was always up for new adventures. He kept busy reading books, playing the Jumble in the newspaper, and always had word search puzzles on hand. Known to be the first one out on the dance floor for the Tango or Waltz, Marty also loved a challenge. He learned how to scuba dive, build a canoe, and was trained as a locksmith. He loved the outdoors and walked the entire length of the C&O Canal.

People described Marty as humorous, loving, and a friend to humans and animals alike. Marty and Louise raised several rescue dogs that ultimately went from the doghouse to inside the house. They travelled frequently - having visited Ireland, Paris, London and Israel as well as Bermuda and St. Thomas. Above all, Marty was a family man. A few weeks before he passed, Marty shared: “I am the wealthiest man in the world because of my family.”

Funeral services are private. For details about visiting the family, please send a message to stanman3190@gmail.com.

In lieu of flowers, make donations in his honor to Greenville Area Parkinson Society, The Sierra Club, or Baltimore Humane Society.
Read Less

We encourage you to share your most beloved memories of Stanley here, so that the family and other loved ones can always see it. You can upload cherished photographs, or share your favorite stories, and can even comment on those shared by others.

So sorry to hear of your Dad's passing. Marty and Louise were so welcoming to us when we moved next door on Tapscott Rd. I have fond memories of your parents and your entire family. Our thoughts and prayers are with you.
Comment Share
Share via:
PJ

Posted May 28, 2021 at 02:46pm
My deepest sympathy to the family of Marty Miller. My daughter Aviva Benson and I had the pleasure of meeting members of the family during Eli’s bar mitzvah. Aviva is a friend of Cheryl and John and that occasion will always be a very warm spot in my heart. I hope sweet memories will ease the pain you’re enduring now.
Warm regards and wishing good health to all, Pat
Comment Share
Share via:
JJ

Posted May 28, 2021 at 01:06pm
Jon, Carrie & families,
I'm so sorry to hear of Marty's passing. May precious memories sustain you and may Marty's memory always be for a blessing.
Comment Share
Share via:
MW

I am so very sorry for your loss. May your fathers' memory be for a blessing and always with all of you.
Comment Share
Share via:
MB

Posted May 28, 2021 at 07:11am
Dear Miller Family,
An added note and special photo from Robert's 50th Birthday.
Love to you all!
Comment Share
Share via:
MB

Posted May 28, 2021 at 07:03am
Dearest Carrie and Family,
I am so saddened to hear about Marty. He was such a beautiful soul. I will always cherish the memories of his stories at the many lunches we had together with Louise and Robert. Your family has a special place in my heart. Sending love, prayers and my deepest sympathy to you all at this difficult time.
Comment Share
Share via:
BF

Posted May 27, 2021 at 08:26pm
Dear Miller Family,
We are sad to read about the passing of your dear father and grandfather. Marty and Louise spent many wonderful times with us at Roundwood Ridge. We were with them at his 80th birthday. i took pictures that I will send to you Carrie. They were two of the kindest people you could want to meet. Our thought and prayers are with you. may the wonderful memories you shared comfort you at this sad time. Love, Barbara and Stan Friedman
Comment Share
Share via: 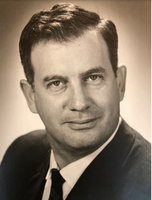